How to Wear a Scarf Like a French Woman

How to Wear a Scarf Like a French Woman

in How to Wear a Scarf Like a French Woman, pp, Style

Let’s face it ladies, nobody is googling, “How to Dress Like an American Woman.”

In fact, if you google, “How to Dress Like an American Woman” you’ll mostly get articles on how to dress like a French woman.

French women know how to create a personal style and they know how to rock it.  You can do it too.  It isn’t all that difficult.  Begin with a beautiful scarf.

The scarf is the quintessential French accessory and EVERY woman in Paris wears one.  We were in Paris for six full days and every day I wore one, too. 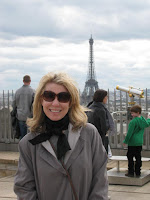 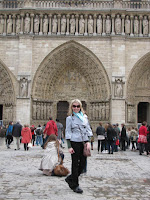 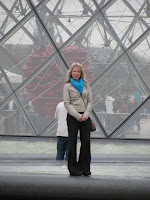 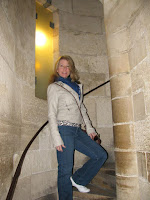 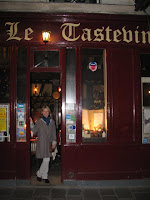 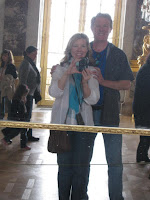 I must admit that mine were on the slightly more colorful side than most Parisian women were wearing (they wore mostly black and grey), but I certainly felt chic just the same. A big part of being chic and stylish is being aware and sensitive to fashion trends, but also being comfortable with who you are and refusing to be a slave to someone else’s fashion sense. I like colorful scarves and I wore mine with pride.  And who knows?  Maybe next year really colorful scarves will be worn on the Champs-Elysees and you’ll know who started it first.

Scarf-tying is its own artform, and I almost came to wonder if every woman on the streets of Paris had her own signature scarf tie because they all looked just a little bit different.

‘Today I’m going to teach you three terrific and easy scarf ties you can use to make any outfit shine.

Thank you so much Chloe for this information! I just returned from France and really, really wanted to be able to tie my fringe scarves the way French women do. While I was there, a sales person tied the scarf for me and said, “let me show you how the French wear it.” I liked it a lot and noticed every French woman wearing the scarf the same way. When I returned home, as much as I tried, I could not figure out how to tie the scarf. I never thought I would find a wonderful resource like you to help me. Thank you soooooooooo much. Now, I can tie my scarves “French style.”

I’m glad you found the video useful. I love a good scarf. French women know how to wear them with such aplomb.

They are the most perfect accessory, aren’t they?

I threw on a scarf this morning and thought “there must be better way to tie this” Google led me to your tutortial and viola! I am wearing tie #2 today! Thank you!

#2 is by far my favorite. I never see anyone wearing it that way.

I have never really got the hang of pulling a scarf off, I think I always feel self concious when I am wearing them. I will give it another try this winter.
Lassa recently posted..How to recover lost data without paying an expert of buying software

I liked the video very much – not only because it’s well done, but also because I already trust your fashion sense.

Would you mind a short list of dos and don’ts for wearing a scarf? I wonder what to wear it with and what to avoid.

I don’t think there really are any “don’ts”. Let me research that and get back to you.

Im working on 50 ways to wear a scarf! I’ll link back to you as a great resource!
Linda recently posted..My Saucy Story for Restaurant.com

Please let know when you do it. My readers would love to have 50 ways to wear their scarves, Linda.

Hey! Just watched this tonight, with my husbyman, so we could tell your dear daughter we saw her work. Great job, both of you, and I’m going to watch it again, because when my dear daughter and I were out shopping today in honor of her birthday, I bought myself a shirt and a scarf that I think will go nicely with it.

The only problem that I foresee is that the neckline on the shirt is already kind of drapey, so I’m not positive it needs a scarf, but I’m going to mess around with it and see if any of your three methods will work for me. The first method I knew, but the second two I don’t think I have used before, so it will be fun to see which one we like best!
Susan in the Boonies recently posted..Keeping it Real

I wear scarves a lot. I’m usually looking a little more “done-up” than everyone else – but you’ve helped me to totally get over feeling selfconscious about that.
Robin recently posted..Cute felted messenger bag I finished recently.

I like those! Like everyone else, I knew of the first, but not the 2nd or 3rd. When I was in Seattle for the BFM, Heidi777 and I went to a Coldwater Creek & one of the sweet clerks (not the one who asked if Heidi was my daughter) showed us several ways to tie a scarf. I bought one there, and just wore it today! I tied it differently than any of the ways you showed here, though: I put the middle of the scarf of the back of my neck, draped the 2nd ends in front, and tied a loose half-knot about 8 inches from one of the ends, then pulled the other end through the loose opening. I situated it on one side, mirroring the neckline of my shirt & used 2 tiny magnets to hold it right where I wanted it.

Of course, where I live, scarves are more for show than for warmth!

I stood by while Denise was carded once. It was no fun. Well, I’m sure it was fun for her.

When my daughter gets back from her cross-country trip I’m planning on making another little vlog with three more ties. It was fun to do and I’m glad people found it useful.

Did they sell you the magnet at Coldwater Creek or did you get them somewhere else?

After the mother comment, they didn’t sell me anything else!

I had some of the magnets at home, though it beats me where we got them!

Well this is just delightful! I was away with my grandma this weekend and we went shopping with my aunt and cousin, both of whom are scarf wearers. I bought my very first “decorative” scarf (aka one that’s not just to keep me from freezing). The first way is the way I usually wear any scarf, and I am excited to try the other two. Thanks Chloe!

Glad to be useful. Enjoy your scarves. They do make an outfit look more chic and put-together.

Love it Chloe!
Your post reminded me of the movie Le Divorce. Glenn Close give a little tutorial of her own about French Women and the scarves they wear!
Kat recently posted..Household Cents Giveaway

I haven’t seen that. I do love Glenn Close. She’s a woman who has aged very well. She hasn’t mutilated herself and she’s grown into her best self. I admire her.

I’m wondering what other tutorials I could do. Do you have any ideas?

I have quite a few scarves but only know how to tie the first way. Looking forward to trying out the others.

There are as many ways to tie a scarf as there are women in Paris, I’m just sure of it. They all look so put together there.

Thanks! I love scarves and have a ton of them but I never wear them- now maybe I will! You are a natural~ enjoyed the vlog!

Thank you. It was hard at first. I didn’t speak loud enough, I made weird vocal noices, and I talked too fast. Thankfully, Rachel took a class on vlogging at BlogHer and was able to help me. I can’t wait to do it again. I was thinking about doing on on how to blowdry your hair and skin-brushing. I think those are two things that women would love to learn to do better.

What a fun topic! I might even break my own rule of “no watching videos on my computer” just to see your videos. Almost anything for you dearest Chloe.

I never used to watch videos much, but I’m watching them more. I thnk the secret is to make them short and to the point. I’ll always try to do that. Thanks for giving mine a try.

I will have to try to add a scarf, or two, to my wardrobe. This Florida weather limits the days I get to wear it, but I shall be more chic when I do.

Probably not a huge need for heavy scarves in Florida, huh? But now you have some ideas for those rare days. I wonder if they sell less bulky ones somewhere.

That’s a really pretty manequin (am I spelling that correctly??) bust too! Why do you have that?

I’m going to have to start using the 2nd way – though I like them all. Thank you!

What do your other commenters mean, “when it’s winter”

Don’t they know it’s winter on the Mountain??

They do not understand what WINTER really is, Annika. They do not know what it is to live in a land where it is nearly always Winter and almost never Christmas.

Aslan come and sing your song to melt the frozen snow!

I bought that at Ross last year for $20. It sits in my guest room and is just pretty. I have necklaces on it.

The fringed one kept getting caught in the scroll work though, so I had to do that one on myself.

I am totally going to be rocking the scarves this winter! I wear them all the time in this cold climate and I only knew how to tie it the first way you showed. I think I need to go buy a new scarf now! Thanks!! :)))

Yes, you need a new scarf. I’m just sure of it. Scarf-wearing would be one of the few good parts of living here in the chilly and damp PNW.

I’ve never seen the second or third methods. Adding them to my repertoire.

Now all those French women know why I was staring at them: I was trying to figure out how they were tying their scarves (oh, and checking to see if they were wearing pantyhose).

Love it! I do that first style all the time, but I hadn’t tried the second two. Now that the cooler weather is (sort of) upon us, I’ll be wearing scarves almost every day. Thanks for the inspiration!

Hey Jamie! Nice to see you. It is amazing how much a simple scarf can make your outfit look so chic and sophisticated. Enjoy these ties. I really like the second one a lot.